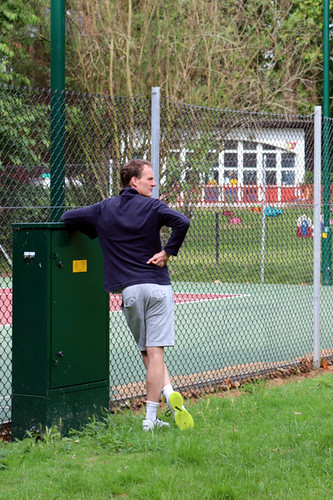 And the sun shone!

It has been one of the wettest Junes for a while so everyone had their fingers crossed that come the Sunday of the tournament, the sun would shine. Well, it did and a full day of play was possible with courts packed from 8am!

Thanks to everyone who took part and a special thank you to all the organisers.

For reference purposes, we have archived the 2019 tournament description below

It could be HOT on Sunday… bring a water bottle to refill, sunscreen and a hat!

Great to have you playing!

Now in its 32nd year, the Highbury Fields Community Tennis Tournament & Picnic is a fun day of competition for everyone who plays tennis on the Fields or would like to.

The event closed for entries on June 7th and except for the Family Doubles we have just about a full entry in each category! Thanks.

This page will be updated periodically in the run up to the day, so please keep coming back.

Please note that the times of matches have changed since the initial communications and, in particular, the Women’s doubles is now scheduled to start in the morning along side the Men’s Doubles.

All players may be required to play at any time on the day as we juggle the schedule and weather, but see the “not before” times below which will we hope help minimise waiting times.

Some teams will be required to kick off the tournament from 8am and a little nearer the time we will be double-checking with the chosen players that they will be able to be at the courts on time.

Finals of all categories are not expected to start before 4pm, so while there will be downtime during the day and a chance to have lunch and socialise, all teams must at this stage commit to being available for the final sessions of play – you might be in that final.

In each category there will be a main draw and a plate competition.

Plate: Mens Doubles, Womens Doubles, Mixed Doubles – Round Robin. Two groups of 4 teams. Matches: extended match tiebreaks (to 12 points, Sudden death for at 11 all; Teams collect all their points… winner of group is the team with the most points in total; if a tie on points, head-to-head decides; Group winners play the Plate Final (short format match).

Family Doubles – Round Robin; one or two groups depending on final numbers (short format final). More details to be announced when all entries confirmed.

We will be contacting you individually to check your entry. If you don’t seem to be paired with the right person, let us know by using the contact form here or replying to the email. If you don’t have partner yet, we will discuss this with you when we make contact and if we can make a pairing on your behalf we will put you in touch with your new partner. (Nigel and Sally from Local Tennis Leagues are helping us with this and some of the communications will come from info@localtennisleagues.com)

Bring your own picnic

Do invite friends or family to join you over a picnic at lunchtime or in the afternoon to watch the finals. All entrants will get the chance to share the players’ cake and enjoy a cup of tea with finals.

Thanks to the generosity of local Highbury Barn traders we have some wonderful prizes to be won in a on-the-day raffle. All entrants will be automatically entered and winners – drawn from the hat – chosen from those in attendance at 4pm for the finals! Even if you aren’t in the finals, you could still be a winner!

Thanks to Godfreys.co, La Fromagerie, Bournes

Tennis balls supplied. Bring your own racket and playing kit

You are now committed to play and the tournament is relying on you and your partner! But if disaster strikes and you can’t play for any reason let us know immediately. (There can be no refunds but all proceeds go to charity.)

Please note that you play at your own risk on a public tennis venue. You are responsible for playing safely.

Photos will be taken on the day and may be used on this site and elsewhere to celebrate and publicise the tournament. Let us know if you do not want to be photographed.

Your name may feature on this site in a summary of matches.

Players, please bookmark this page – as the tournament date approaches we will publish updates here!

This event is supported by all the organisations represented by the steering group and by Better.

All profits from the event will be donated to the new Finsbury Park based charity, Tennis For All

We use cookies on our website to give you the most relevant experience by remembering your preferences and repeat visits. By clicking “Accept All”, you consent to the use of ALL the cookies. However, you may visit "Cookie Settings" to provide a controlled consent.
Cookie SettingsAccept All
Manage consent

This website uses cookies to improve your experience while you navigate through the website. Out of these, the cookies that are categorized as necessary are stored on your browser as they are essential for the working of basic functionalities of the website. We also use third-party cookies that help us analyze and understand how you use this website. These cookies will be stored in your browser only with your consent. You also have the option to opt-out of these cookies. But opting out of some of these cookies may affect your browsing experience.
Necessary Always Enabled
Necessary cookies are absolutely essential for the website to function properly. This category only includes cookies that ensures basic functionalities and security features of the website. These cookies do not store any personal information.
Non-necessary
Any cookies that may not be particularly necessary for the website to function and is used specifically to collect user personal data via analytics, ads, other embedded contents are termed as non-necessary cookies. It is mandatory to procure user consent prior to running these cookies on your website.
SAVE & ACCEPT